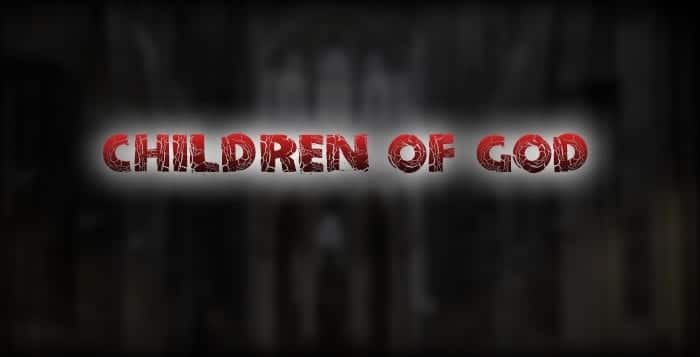 Posted at 00:06h in Locations and Sites by Creepypasta 11 Comments
Please wait...

Many of you reading this will believe it’s a work of fiction. But I’m currently sitting in my friend’s room while I type this, both of us terrified of what might happen next. The only thing I can tell you for certain is that every word of this is true. If something happens to me, I need to know that people know about what happened.

Its the first day of summer vacation and I was feeling nostalgic this morning. I thought about my K-5 school and all the good times I had there. It’s a small privet school called “Children Of God Elementary”. I felt the strangest urge to see the school again. I didn’t know why I wanted to see it or what I would do when I got there, but I still wanted to see it. I was too embarrassed to tell my parents that I wanted to see the school again, so I told them that I was gonna hang out with my friends downtown and they gave me the keys to the van.

I’ve moved houses since I went to Children Of God, so it was a bit of a drive. I stopped at a convince store and bought food for the trip. Because I wasn’t in school, the man behind the counter was confused. I was in a different state by now, where school doesn’t get out until June 15th, so I explained that my school gets out the beginning June.

“Ah. You have any plans for the summer?” the man behind the counter said in an apologetic tone. I explained my idea to see my old school and the man said slowly “Hmm. Children Of God? I would stay away from that school if I were you. See, there were these teachers awhile back. They showed this movie to the kids called ‘The Heavens Above’. It was some odd movie about an angel kid who lives on earth. The school hired a small animation crew to make the movie specificity for them. Kids were terrified of it and when parents threatened to sue, the school said it was an accurate depiction of how God works.” The man stared right passed me as if he had completely lost track of where he was at the moment. He took a deep sigh and continued “Anyways, that was years ago. I’m sure all that’s passed. You be careful, son.”

I thanked him and headed back into my car. I didn’t want to go to the school just to get wrapped up in nostalgia. Now I wanted to find that movie. I crossed state lines again into Ohio and soon, into my hometown. Not much had changed. The streets had been touched up, but that’s about it. But eventually, I made it to Children Of God. I looked at it in a whole new light now. I came there to be hit with a wave of nostalgia, but all I wanted to do was go inside, by any means necessary, and find that movie.

To my surprise, the door wasn’t locked. I felt wrong walking in, but my curiosity was peaked. If anyone had found me, I would just say that I was lost and I was looking for someone who could direct me back towards town. I stepped into the school and felt a warm breeze hit me. Each step I took echoed throughout the entire building. I walked through the hallways, passing each of my old childhood classrooms. I realized that I could probably find where they kept their VHS’s

I started opening closets, until I found them. I went through nearly 15 closets of just mops, storage, and text books. But eventually, I found it. I opened the door and 3 VHS’s clattered onto the floor. The closet was packed to the limit (and then some) with tapes. The movies were mostly religious cartoons that would be at any privet elementary school. After digging through dozens of tapes, I found it.

The label read “The Heavens Above (Original Movie)” I sat down and just looked at the tape for a while. It had a white case, which was not very common. Eventually, I decided to head back to my car with the tape. If anyone had found me now, I couldn’t lie and say I was lost, so I had to get out as fast as possible. Right when I had gotten into my car, I saw the blinds move in the windows of the school. My heart started pounding as I pressed the gas pedal and got out of the parking lot.

I had gone about 10 miles before I calmed down. If that person saw my face, I could have easily been charged with breaking and entering and robbery. And yet, at the time it felt worth it to get this tape. There was something about it that just seemed so mysterious.

It took me another four hours, and crossing through two states again, but I finally made it home. As soon as I pulled into my driveway, I realized that I sold my VCR about two months ago. I called up my friend who has a VCR and asked him if I could come over to his place. Of course, I didn’t tell him that I stole the tape. I told him I found it at a flee market.

I came over to his house and we put the tape in. There was roughly ten to fifteen seconds of static before anything happened. My friend turned his head and said with a smirk “I think you got ripped off”. I didn’t take my eyes off the screen, though. And soon enough, the movie started. A title card came up that said “The Heavens Above: Presented By Children Of God Elementary” with a blue sky in the background

“Children Of God? Isn’t that where you went?” My friend asked. “Yeah” I said “Needless to say, this movie has some history”. The movie then started. It panned down from the title card to an angel child in the forest. He was sitting on a log and a voice came down from the sky and said “Are you saying your prayers?” The angel child lied and said yes. The sky turned a slight red color and the voice calmly said “I know you’re lying”. The child curled up in a fetal potion and started to cry.

“What is this? This is kinda creepy” I heard coming from my friend. “Well were watching it anyways” I told him. I knew I recognized the voice in the movie and it had just then dawned on my that it was Mr. Phelmer, my fifth grade teacher. I still wonder why he would want to be in such a strange movie.

After the opening scene, the animation got a lot worse. It’s clear that it was made by only a small local team. The child was seen in a house in a small village. He nervously walked out of his house into the village and everyone had stopped their activities. The child started to walk passed all of them but the towns people surrounded him, beating him and shouting “OUTCAST!” The towns people all left suddenly and the poor animation really showed here. Instead of walking, they all just dispersed, not moving their legs. Almost like they were floating.

The child was then left on the street, bleeding. There was no voice work done for the angel child, except for the crying, which made it even creepier to watch. The same voice from the sky, Mr. Phelmer, spoke again saying “You must live your life as an outcast with nothing to offer to humanity. You must offer all that you have to God.” The child looked up, clearly questioning him, and the voice said “You’ve made your choice”

The angel child was then shown in the same forest as the one shown in the beginning. The sky was an even darker red and storm clouds above started to rain fire. The forest started to burn down and the angel child started to weep even harder as the flames closed around him. Other things happened in the movie, but this is all I can remember. The full thing is roughly thirty minuets long.

When the movie ended, my friend turned to me and said “What is this? You found it at a flee market!?” I then came clean and told him everything. He didn’t seem to mind the stealing part at all. We talked about it for a while, but we were interrupted by a tap on the window. I would usually ignore things like that, but I was on edge. I looked outside and nothing was there. I closed the blinds and heard a laugh. It sounded like who ever laughed found something legitimately funny. I opened the blinds faster than I could think and saw nothing again. My friend, hearing the same thing, turned on the back porch light.

We didn’t see anything for a while. But eventually, we heard a voice saying in a child’s mocking tone “You can’t get me.” We saw a faint shadow emerging from the darkness into the light. From seeing this, I almost completely forgot about the tape. In my mind, these events weren’t connected at all.

The man walked onto the porch and tried to force himself through the window. We shoved him out and simultaneously shouted threats about calling the police. The man then ran off. My friend and I sat down on his couch and talked about calling the police. We decided not to because my friend was a bit of a drug addict. It was nothing serious, but the police would smell the weed, and decide there wasn’t any man in our back yard in the first place. We were just paranoid.

Without being able to call the police, we sat down by the back door and decided to stay up all night with our own respective weapons in hand. I called my mom and told her I’d be staying the night at my friend’s. My friend and I stayed up for a few hours, but we couldn’t make it close to staying up the whole night. We woke up and found the tape gone. That was the moment I realized that the tape was behind everything.

I noticed another tape in the VCR. It was an advertisement for Children Of God Elementary. I had seen the ad before, but after the last shot, a voice said “Don’t steal from us, punk.” I thought about bringing this to the police, but I’d just be showing them a tape that accuses me of stealing.

I found that tape about six hours ago and I’m still at my friends house. There’s been a car parked outside his house since I woke up. I can’t leave the house and if I told anyone what happened, they’d just scold me for stealing. I’m telling this story online not because it’s a work of fiction, but because it’s the only place where I can tell people what happened and remain anonymous. So please, if you come across this school, or, by chance, the movie, stay as far away from it as you can.