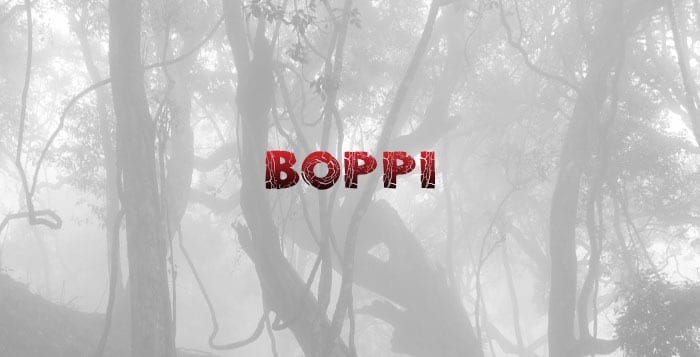 Posted at 09:57h in Strange and Unexplained by Creepypasta.com 14 Comments
Please wait...

I met her at my first carnival. Carnivals never held much appeal to me other than their rides and excessively sweet, fattening treats. Such limitation was probably for the best. However, my parents insisted on dragging me along knowing all too well that I had no interest. They also knew of another thing that never tickled my fancy; Clowns. Media’s influence, no doubt. Clowns are rarely used for lighthearted entertainment nowadays. Not that old droopy-faced carnies wearing over-sized pantaloons and hideous feature distorting makeup, breath reeking of afternoon cigarettes and whiskey, were entertaining in the first place. But I’d take the more humanized version of a clown over Hollywood’s bloodthirsty murderous circus freaks any day.

To be honest, I hated clowns… but Boppi was different.

She was young, I’d guess no older than twenty-four, and though she did have her face done up with the typical paint of a circus clown, it wasn’t hideous or scary. In fact, it was kind of cute. She was so small; thin, limber body and not an inch taller than five feet. I took in every detail: Her outfit, a playful fitting of mismatched fabrics and lively patterns lined with tassels and silver charms. A puffy tutu encompassing her tiny waist in an orbit of pastel pinks, blues and greens. White and pink striped stockings covered her legs all the way down to the pair of ivory flats on her dainty feet. Choppy blonde fringe dusted the bridge of her painted nose, a delicately butchered curtain that could have only been achieved by the dull blade of a pocket knife.

I watched her from beneath the shade of the closest prize tent. She was surrounded by a giggling gaggle of small children. They reached their greedy little hands in anticipation of the balloon animals quickly coming to life with help of the buoyant clown’s dexterous fingers. As she twisted and tied the inflated rubber, I wondered how long she’d practiced this particular skill. I imagined it took a great deal of focus and dedication to devote any extended amount of one’s time to the art of making balloon animals. By glance of the glittering hoop, deck of cards, and various assortment of ribbons and juggling balls lying at her feet, I figured she had more than just one trick up her sleeve.

Yes, I hated clowns.
But Boppi was different, and she noticed me, same as I noticed her.

I didn’t expect it. I was just a patron like any other, clumsily waltzing through a maze of tents, kiosks and food caravans. Maybe she felt me staring at her, a strange figure lingering a bit too long beneath a tent with a game they’d not spent a single penny on. Personally, I thought my hiding place to be flawless. Even still, she saw me.

My heart raced as she waved off her child audience and made her way to the prize tent. To <i>me</i>. Her steps were light, graceful. I noticed a slight skip, another quirk of her bubbly nature. My skin tingled with the buzz of my nerves, hairs stood on end. I considered running but it was too late. She had seen me and I refused to make a fool out of myself, especially a fool in front of a cute girl. After all, what’s the worst that could happen?

“Hello,” she said, looking up at me with a pair of bright green eyes. Her voice was soft and playful, polite and curious. “My name is Boppi,” she revealed, with a slight curtsy. “No, not Poppy. Boppi, with a B!”

I was too stunned to respond, too tongue tied to realize I never even called her ‘<i>Poppy</i>.’

She laughed, most likely at my pitiful state of shock and crippling shyness that was hindering my ability to speak. “And you are?” Boppi inquired, tipping her messy blonde head to the side. A fragrant mix of cotton candy and saltwater taffy escaped with her words, as if she’d just stepped out of a candy factory. I wondered if her kiss would taste the same.

“Brook,” I finally blurted. “My name is Brook.”

Boppi grinned. “Tell me, Brook. Do you like carousels?”

A random question, I thought. Then again, we <i>were</i> at a carnival.

“No,” I answered quite frankly. Boppi frowned at my response and I immediately felt monstrous for vanquishing that sweet, kittenish smile. Quickly, I revised my wording. “I mean, I don’t <i>not</i> like them but carousels are for children. Just too old for them, is all.”

Boppi’s frown was replaced with a pout. “Nonsense! There’s no such thing as too old for carousels.”

“And you’re also a clown in a circus, only a trite boring one.”

I bit my lower lip, unable to think of anything witty and combative. She wasn’t wrong. Before I could say anything, however, Boppi reached out a petite hand, wiggling her multi-colored fingernails. “Come then, Brook. Let me show you the magic of a <i>real</i> circus.”

I wasn’t hesitant to take her hand.
Before long, she had led me through a labyrinth of twinkling lights and weathered tents, their faded stripes serving as battle scars from the carnival’s continuous travels. After winding our way through galloping children and Friday-night lovers hugging their tokens of stuffed animal affection, we arrived at the carousel. In truth, I didn’t expect it to be so impressive. A small carnival meant small attractions, nothing too extravagant and time-consuming. But the carousel was undoubtedly the star of the show. Bridled horses of all breeds and colors reared, whinnied and trotted, the momentum of their muscles carefully detailed on their sculpted forms. White and gold chariots, their sides painted in silver constellations, lined the spaces between pole-skewered stallions; a regal choice for those who preferred more luxurious seating arrangements. The carousel’s core was plated in mirrors bordered by stems of dazzling bulbous lights, each light chasing each other in an infinite game of tag. Like luminescent balloons being sequentially popped with a pin, I could hear the soft crackle of each bulb as they faded in and out of their electrical current.

There was only one thing about the carousel that put me off: Mannequins.
They’d been placed on several of the horses, a few sitting quietly on the scarlet seats of the chariots. They were crudely painted and all of them lacked faces. It was as if whoever painted them gave up once they reached the heads. There were no eyes, no noses, no mouths. Just white empty faces staring blankly ahead. It was a tacky touch and a rather unnecessary embellishment, but I kept this thought to myself.

My trance-like study was broken by Boppi tugging excitedly at my hand. “C’mon!”
She pulled me to the open gate and we climbed onto the carousel’s deck, weaving through the majestic parade of lifeless steeds and their faceless riders. Near the core, we managed to find two vacant black horses side by side. Boppi and I hoisted ourselves onto their saddles and clutched the spiraled poles that ruthlessly pierced their cold, solid bodies.

“Hey,” I said. “Why isn’t there anyone else on this ride? Or in line, for that matter?” I was too engrossed in the carousel’s appearance to notice before, but it seemed as if there wasn’t a single other soul for miles. The laughs, screams and ambient bustle of the carnival had faded into unusual silence.

“The carousel is never busy at this time,” Boppi explained. “Sadly, too many trite and boring clowns think they’re only for children.” She winked and stuck the tip of her tongue through rows of pearly teeth. I smiled, rolled my eyes and pushed my suspicions to the back of my mind. It’s just a carousel, after all. What’s the worst that could happen?

Creaking. Strong and vibrating, the turn of rusted gears awakening from years of unused slumber. The grand stampede of horses began to move, slowly, one by one, up and down. “Tell me, Brook,” Boppi started, her voice low and sultry. “Do you like carousels?”

I nodded. Boppi smiled. “This is the magic of a <i>real</i> circus,” she said. Under the warm spinning canopy of mirrors and lights, she leaned over and kissed me.

I was right. Her kiss tasted like cotton candy and saltwater taffy. If I thought carousels were only for children before, I sure felt like one now. Giddy, lightheaded, careless of the world around me. I looked over at Boppi, her bright green eyes looking back through her choppy blonde hair. That smile – that sweet, kittenish smile – would be the last I’d ever see of Boppi the Clown. As the carousel quickened in pace, making its rounds in glittering whirls, I felt it. It started in my legs, this sudden paralysis, then up to my arms, hands, chest, neck. The last to set in stone was my face. I couldn’t move a muscle, I could barely breathe. I tried to scream but my lips were shut tight, fused, unable to part. I realized that not only were the mannequins tacky… they weren’t mannequins at all.

I was panicked. I was terrified. I couldn’t move.

Boppi was gone and I was alone. I don’t know how long I’d been stuck there. I could only look straight ahead. Earlier, I could have sworn I heard my named called several times. It had to have been my parents. Again, I’d tried to scream, to call for them, for anyone… but I couldn’t. It was the last time I ever heard my own name. I’d never see my family again, they’d never hear any more complaints about how much I hated clowns. How carnivals never held much appeal to me other than their rides and excessively sweet, fattening treats.

I never saw Boppi again, but I heard her several times. I’d been hauled along with the rest of her frozen, faceless victims through various towns and cities. Every time, I would sit and wait for someone different to come to the carousel and every time, she was with them.

“Tell me,” Boppi started, her voice low and sultry. “Do you like carousels?”

I could still smell the fragrant mix of cotton candy and saltwater taffy, see that sweet, kittenish smile. The grand stampede of horses began to move, slowly, one by one, up and down.