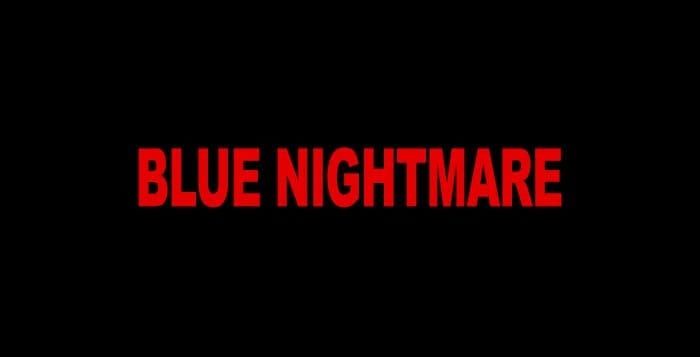 Police and ambulances surrounded a house where a family of five had been murdered last night. This wasn’t the first murder that has happened in the area. In fact it was one of many others. Police couldn’t explain who was doing the murders and why they were even happening. What was the murderer’s motive for killing all these innocent people. The EMT’s were pulling someone out on a stretcher who was at the brink of death. It was a male in his late 40’s and one of the cops walked over to him because he was trying to say something. All he managed to utter out was “Blue Nightmare.” After that he coughed up blood and took his final breath and died. The news got out about this Blue Nightmare. Who was this person and what was their motive. Please if you hear or see anything, call the police.

Zoe Karlon was only six years old living in a small town that no one really hears or passes by in California. In the house it was just her, her mother, and her older brother Kevin. her father had left them when she was only 4. She started off happy growing up for the first few years of her life then when she turned six her older brother started pestering her, telling her scary stories. She started waking up with nightmares from the stories she was told. Her mother would come in and try to comfort her but all she said was “Kevin is just being a pest trying to scare you. Don’t let it get to you.” Then she would leave. Zoe woke up the next morning and as she was walking, Kevin jumped out from behind a corner and yelled then started laughing “Hahaha Zoe your such a baby. Your so easy to scare.” He turned and walked off laughing. She walked down stairs for breakfast. As she entered the kitchen Kevin acted as if he was going to throw his fork at her and Zoe screamed then he started laughing and said “HA! I’m always going to be your worst nightmare little sister. You’ll never escape me.” Ms. Karlon hit him over the head and said “Kevin that is enough torturing your sister. now sit down and eat so you can get to school.” He grumbled then started eating his eggs. Zoe climbed up on her chair and started eating and their mom drove them to school.

So if you open your eyes one night and see a single icy blue eye, don’t even try to scream or try to fight her off because no matter what you do the Blue Nightmare will always “send you into a permanent nightmare.”